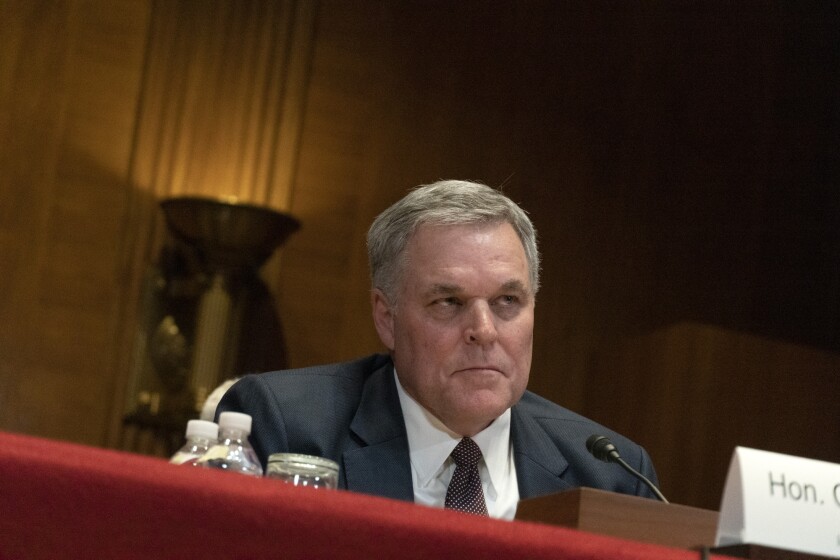 The Internal Revenue Service is sending letters to up to 200 taxpayers who have been under audit for participating in micro-captive insurance tax schemes, offering to settle with them, but only if they respond in a limited time.

The IRS has been targeting what it calls “abusive” micro-captive insurance transactions for years, listing them on its annual list of the so-called “Dirty Dozen” tax scams since 2014. On that list, the IRS noted that the tax laws generally allow businesses to create “captive” insurance companies to insure against risks, so the insured business claims deductions for premiums paid for insurance policies. However, in some “micro-captive” structures, promoters, accountants or wealth planners persuade business owners to participate in scams that lack many of the attributes of insurance. The IRS has pursued hundreds of cases against such schemes in Tax Court and by putting taxpayers under audit. To expedite the cases, the agency began mailing out time-limited settlement offers to up to 200 of the taxpayers under audit spelling out specific settlement terms. Taxpayers who don’t receive a letter aren’t eligible for this resolution, the IRS pointed out.

After prevailing in three recent U.S. Tax Court cases, the IRS said it has decided to offer settlements to the taxpayers who are currently under exam.

The IRS noted that it has consistently disallowed the tax benefits claimed by taxpayers in abusive micro-captive structures. While some taxpayers have challenged the IRS position in court, none have been successful to date. The IRS said it would continue to disallow the tax benefits claimed in abusive micro-captive transactions and continue to defend its position in court. The IRS has decided, though, to offer to resolve some of the cases.

“The IRS is taking this step in the interests of sound tax administration,” IRS Commissioner Chuck Rettig said in a statement Monday. “We encourage taxpayers under exam and their advisors to take a realistic look at their matter and carefully review the settlement offer, which we believe is the best option for them given recent court cases. We will continue to vigorously pursue these and other similar abusive transactions going forward.”

The settlement offer will require substantial concession of the income tax benefits claimed by the taxpayer together with appropriate penalties, unless the taxpayer can demonstrate “good faith, reasonable reliance,” according to the IRS. The initiative is currently limited to taxpayers who have at least one open year under exam. Taxpayers who also have unresolved years under the jurisdiction of the IRS Appeals office may also be eligible for the settlement, but those with pending docketed years under the IRS General Counsel’s jurisdiction aren’t eligible. The IRS said it is continuing to assess whether the settlement offer should be expanded to others.

Taxpayers who receive letters under the settlement offer, but who decide not to participate, will continue to be audited by the IRS under its normal procedures. The potential outcomes could include full disallowance of captive insurance deductions, inclusion of income by the captive, and imposition of all the applicable penalties.

Taxpayers who decline to accept the settlement offer will still have full rights to an appeal with the IRS, but the IRS Independent Office of Appeals is aware of the resolution initiative and isn’t likely to grant a sympathetic ear.

“Given the current state of the law, it is the view of the IRS Independent Office of Appeals that these terms generally reflect the hazards of litigation faced by taxpayers, and taxpayers should not expect to receive better terms in Appeals than those offered under this initiative,” the IRS warned. “Taxpayers who are offered this private resolution and decline to participate will not be eligible for any potential future settlement initiatives. The IRS also plans to continue to open additional exams in this area as part of ongoing work to combat these abusive transactions.”

How to advise clients with household help during the coronavirus pandemic
Changes to changes: Financial planning after the CARES Act and the SECURE Act
PwC sued by Matalan founder over Monaco move tax advice
Cloud computing stocks are hitting an all-time high as coronavirus forces remote work, according to one measure
Remote work start-up Deel scores $14 million investment led by Andreessen Horowitz