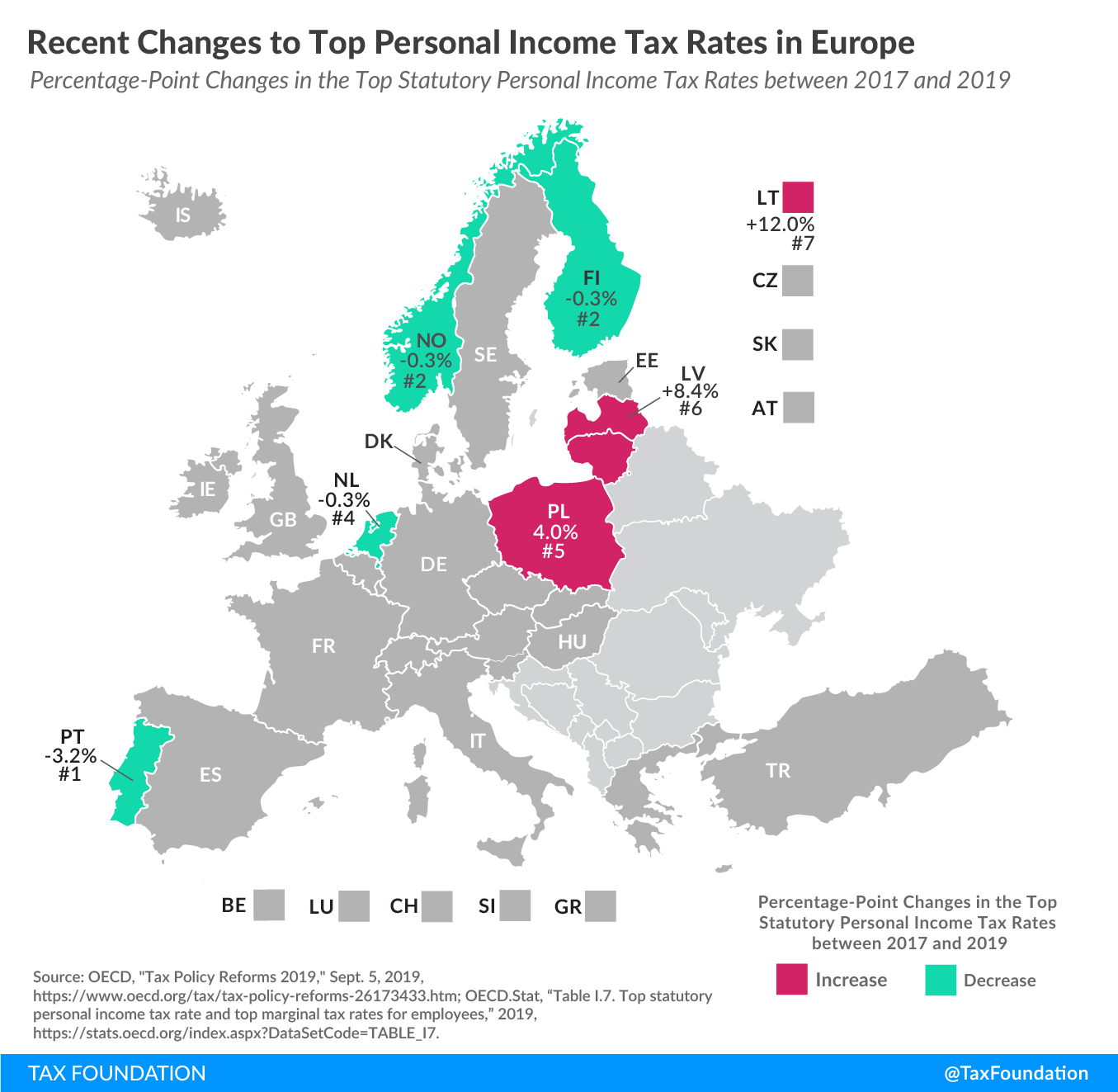 Latvia and Lithuania moved from flat taxes on personal income to progressive tax structures. Poland introduced a solidarity surtax while Portugal eliminated a surtax. Finland, the Netherlands, and Norway all made slight cuts to their personal income tax rates.

Finland levies a central government income tax and a local income tax. In 2018, the top rate of the federal income tax was lowered to 31.25 from 31.5. Municipal taxes on personal income are levied at flat rates. In 2019, the tax rate varies between 50 and 22.50 percent, the average rate being approximately 19.86 percent in 2018. This is a slight decrease from 2017 of 19.91 percent. In addition to the top rate cut, the other bracket rates of the tax scale were also lowered by 0.25 percentage points.

Breaking Down State and Local Aid under the SMART Act
More than 1 in 4 Americans are raiding their retirement accounts after a coronavirus-related job loss
This is the average coronavirus stimulus payment in your state
To What Extent Does Your State Rely on Sales Taxes?
Grant Thornton introduces blockchain platform for managing intercompany transactions