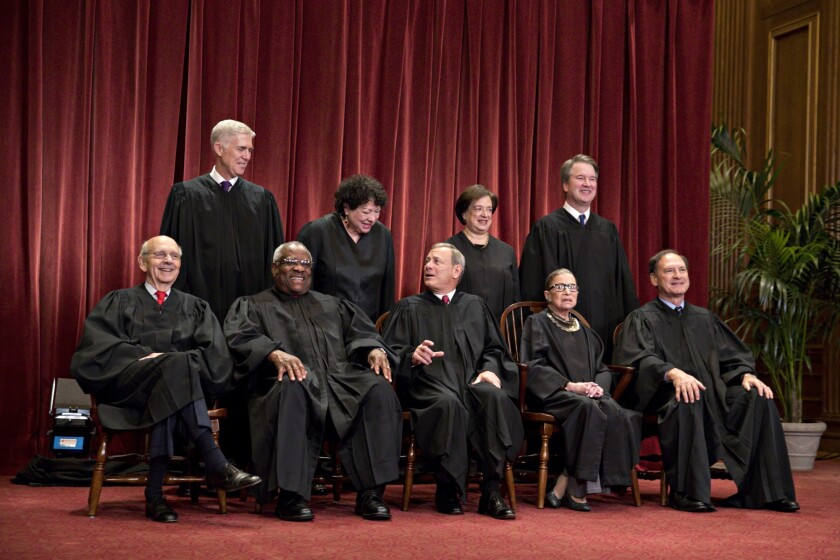 The Supreme Court will soon decide whether to grant certiorari to a case (decide to hear it) where taxpayers that resided in one state but met the definition of a “statutory resident” in another state were subject to taxation of all of their income in both states. The case is scheduled for conference on Oct. 1, 2019.

The taxpayers, Samuel and Louise Edelman, lived in Connecticut but worked in New York where they owned an apartment. Although their primary residence is in Connecticut, they met New York’s definition of a “statutory resident” and were subject to taxation by both states. A “statutory resident” under New York law is an individual who spends any portion of 183 days or more in New York and maintains a “permanent place of abode” in the state. When the Edelmans sold interest in their business, they were taxed on all of their intangible income from the sale by both Connecticut and New York, but were not allowed any credit by New York for the tax paid to Connecticut.

A petition for certiorari was also filed with the Supreme Court in June 2019 in Richard Chamberlain and Martha Crum v. New York State, a second case involving the same issue.

“There are two separate petitions, but the brief submitted by New York treats them similarly,” explained Michael Lurie, an associate at law firm Reed Smith who co-authored an amicus curiae brief on behalf of the Business Council of New York.

“The court might take one of the cases and hold the other, rather than having to consolidate two cases,” he said. “That way they can deal with just one set of facts, and not have to worry about any minor factual differences where the legal issues are identical. If they decide to affirm the lower court, they would dismiss the other case. Then, if they were to reverse the decision below, they could take the second case and remand it back to the New York court.”

“The issue is internal consistency,” said Lurie. “The test is whether, if every state adopted the same tax, would the same taxpayer who engages in an activity in multiple states pay more tax than a taxpayer doing the same activity in a single state. If it fails this test, then it discriminates against interstate commerce.”

New York courts held that the provision does not violate the Commerce Clause, because it does not affect interstate commerce. In its brief, New York argued that its tax scheme did not conflict with Wynne and “passes the internal consistency test.”

In its brief, New York cited 10 other states that have both materially identical definitions of statutory residents and similar limitations on credits for intangible income, thus creating opportunities for other states to rule on the issue and potentially delaying any response by the Supreme Court. The reply brief for the petitioners counters this by noting that “even if further percolation were likely, it would be of limited value here. Petitioners seek this court’s review on the basis of a conflict not among decisions of the lower courts,but rather with a decision of the court itself.”

The New York decision sought to be reversed is part of a trend of state courts avoiding the Supreme Court’s Commerce Clause precedent by labeling an interstate activity as “intrastate,” according to Lurie. “This case provides a suitable vehicle to stop this trend,” he said.

Although the end result is unfair on its face, that doesn’t guarantee the court will agree to hear the cases.

IRS will allow people to put away more money in health savings accounts
Robocalls are spiking as fraudsters prey on Covid-19 fears
PwC sued by Matalan founder over Monaco move tax advice
To What Extent Does Your State Rely on Sales Taxes?
The HEROES Act may allow you to undo this required withdrawal from your retirement account