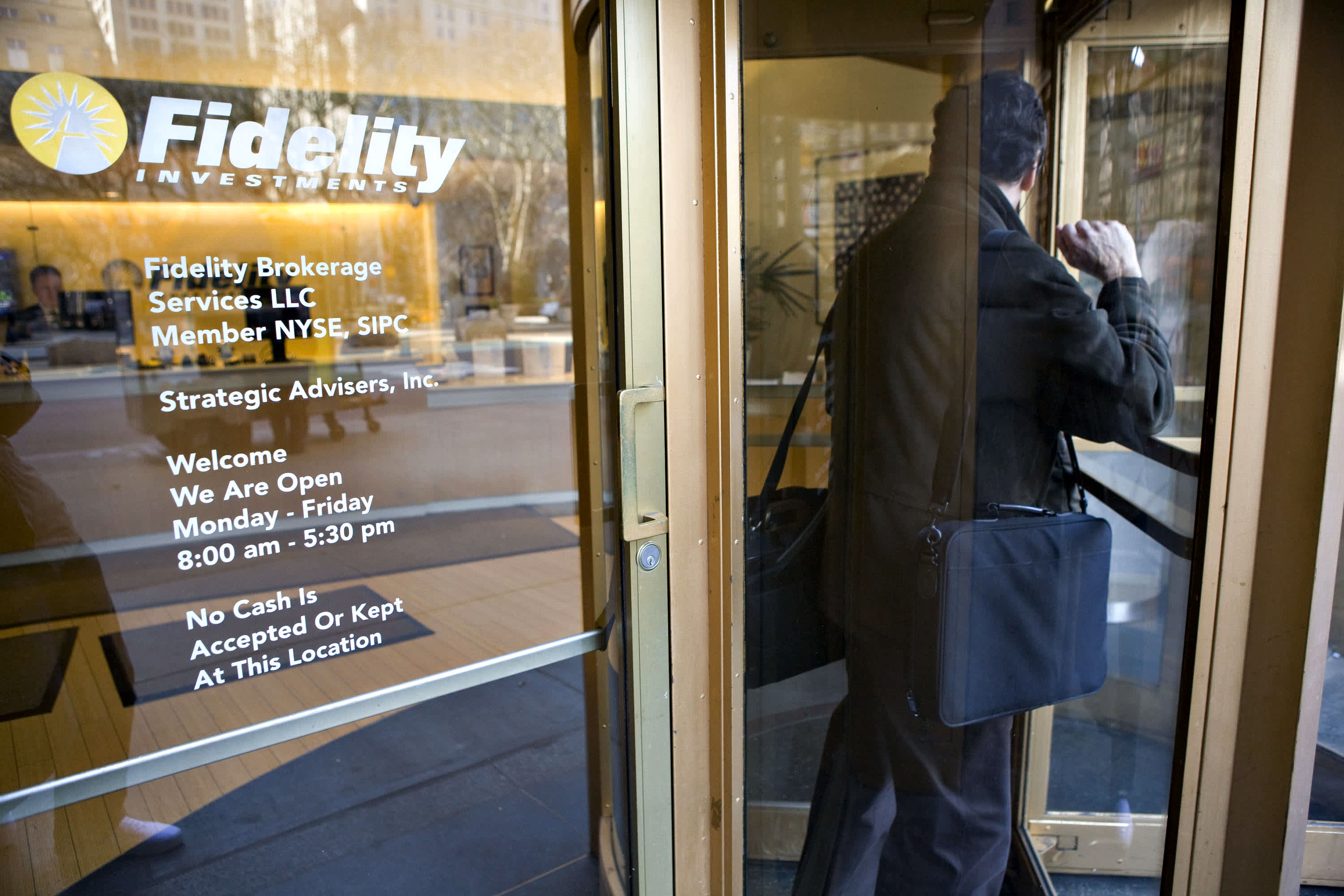 Fidelity clients saving for retirement are starting to move some money out of stocks in the recently volatile market, the brokerage’s personal investing president told CNBC on Friday.

“The average investor that doesn’t trade a lot that’s really looking to save for their retirement — we have millions of customers like that — we’ve seen in the last few months that there’s more money on the sidelines,” Fidelity’s  Kathleen Murphy said. “More money is going into money market funds.”

Assets in U.S. money market funds, seen as being nearly as safe as bank accounts, hit their highest level since 2009, reaching nearly $3.36 trillion last month, according to a private report.

The shift comes during a “roller coaster” year for the market that’s seen dramatic drops and rises as global economic uncertainty spreads and the U.S.-China trade war drags on, Murphy added.

U.S. stock futures were pointing to a sharply higher Friday open on Wall Street, with President Donald Trump casting a positive view on the China trade talks. Earlier this week, stocks were on an unsure path following both positive and negative reports ahead of the talks.

“We’ve seen in the last few months that there’s more money on the sidelines,” Murphy said. “I think people are trying, they are staying the course, which is great. They’re not panicking. But I think they are in a little bit of a wait and see mode.”

However, the opposite holds true for active traders, added Murphy, saying they “lean into” the volatility and trade more. “When there’s volatility in the market, they get busy trading,” she said of Fidelity’s “more active investors.”

The company eliminated commissions on all of its trades involving stocks, options and exchange-traded funds. The news follows Charles Schwab, E-Trade, TD Ameritrade and Interactive Brokers, which all announced similar moves.

House clears extension of Paycheck Protection Program to August
How Can Technology Aid in Business Recovery? (INFOGRAPHIC)
Before you hit the highway, here are the ins and outs of road trip insurance
Here’s an easy, low-cost way to build a retirement plan like the pros
If you miss travel, road trips could be your key to safer summer getaways