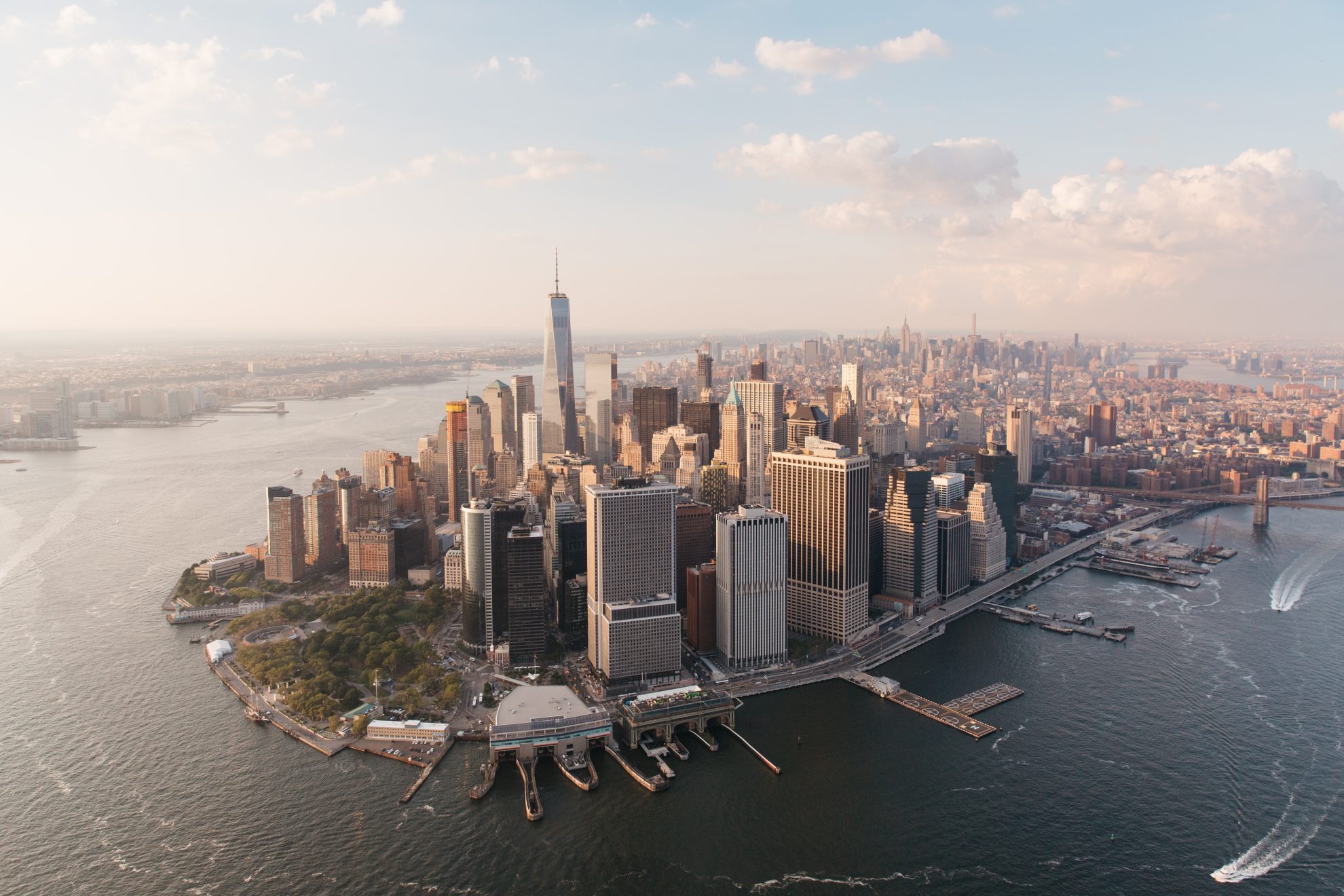 Ronald Reagan once quipped that the government’s view of the economy could be summed up in three short phrases: if it moves, tax it; if it keeps moving, regulate it; and if it stops moving, subsidize it. As an actual explanation of governmental philosophy, it is perhaps too cynical, but especially as states see traditional revenue sources dry up during the pandemic-linked economic contraction, the idea of taxing anything that moves suddenly has considerable appeal.

And the tech industry, it appears, is moving. Taxes on digital services, digital advertising, and the sale or utilization of consumer data, which were already emerging before the coronavirus crisis, look increasingly attractive to cash-strapped states and localities. Most recently, a pair of New York lawmakers, state senator Andrew Gounardes and Brooklyn borough president Eric Adams, took to the pages of The Wall Street Journal to outline their twist on the idea: an excise tax on the sale of New Yorkers’ data.

The op-ed’s headline makes an astonishing claim, stating that a tax on data “could fix New York’s budget,” but anyone who has ever submitted an op-ed knows that writers don’t get to choose their own headlines. What they actually write, however, does suggest that they intend the tax to go a long way toward plugging what they characterize as a $20 billion combined state and local budget hole. (Other, lower estimates also exist, and New York was already staring down a projected $6.1 billion deficit at the end of last year, at the tail end of a period of unprecedented economic growth.)

To put a number like $20 billion in context, that represents three times what the state raised in all business taxes combined during FY 2020. (Businesses do pay other taxes that aren’t characterized as business taxes,  however, including individual income taxes paid by pass-through businesses, sales taxes paid on business-to-business transactions, and property transfer taxes on business property.) Perhaps these lawmakers do not intend—headline notwithstanding—to cover the entire $20 billion with a digital advertising tax, but anything that even puts a dent in it would represent a monumentally large tax. The recently-adopted digital services tax for the entire United Kingdom is supposed to raise $450 million-$500 million a year (converted to USD) once in place for a few years, and the UK’s economy is nearly twice as large as New York’s.

An op-ed does not provide the space to outline exactly what a novel tax on data might look like, but the proposal appears to be a work in progress, with the co-authors discussing the active development of a framework that would:

It is not yet possible to speak about specifics, but several things jump out here and are worth commenting on.

First and perhaps foremost, assessing the value of New Yorkers’ data is daunting. Even defining data is endlessly complex. An address is data. Purchase histories are data. Socioeconomic information about consumers—data. Browsing habits? Data. Notably, while some of this is new, much of it is not. Store loyalty cards have long enabled retailers to learn about their customers’ purchase patterns and better market to them, for instance, and obtaining the addresses and phone numbers of customers or prospects—also data—is certainly not a 21st century innovation. And even for something as simple as an address, how do you put a value on it? Its potential value differs radically based on whose possession it is in and how it is used.

Much consumer data, moreover, cannot even be easily ascribed to particular consumers—nor is it intended to. Stores, for instance, pay close attention to changes in consumer preferences, and often experiment with different products or sales approaches. This creates data, and it might well be data from New Yorkers, but it is not data about any specific New Yorker. If some of these findings are transferred, does that constitute data generated by New Yorkers? How do you assess its value?

Nor are data simply discrete pieces of information. The real value is how data comes together. A person’s contact information on its own is not terribly valuable; if it were, phone books (remember those?) would have been extraordinarily valuable business databases. No, the value comes when additional data are appended—when a profile of preferences and habits is built up. The sum is more valuable than the whole. So, for one company, a certain dataset might have modest value, while for another it might complete an important puzzle and be of immense value. And its value is in datasets that intermingle the data of New Yorkers and other customers across the country or even the world. How can the state account for that? How does the state even begin to make these assessments?

Creating a regulatory system requiring the disclosure of any transaction involving a New Yorker’s data, moreover, is incredibly onerous. Data transactions are not typically broken out by state, though they can be. Typically, a company is not purchasing “New Yorkers’ data,” just data. For online marketing purposes, moreover, they may well be renting lists or simply advertising to someone else’s list. A company that advertises on social media, for instance, will benefit from algorithmic targeting of their marketing to select New Yorkers even if they did not choose to run a geographically targeted ad campaign in the state. Does this amount to a transfer of data for commercial purposes, or does it only count when the underlying data are transferred? If the former, the burdens are enormous; if the latter, the law would place a thumb on the scale favoring models in which companies never take possession of the underlying data but instead contract with third-party networks for such marketing.

It is easy to imagine legal challenges to such a regulatory scheme, which could considerably burden interstate commerce. And if the tax is on the transfer, or on a company’s net revenue, rather than on an estimate of the portion of a sale that can be attributed to New York data (which has its own problems), there are serious constitutional issues at play, with the tax likely impermissibly discriminating against out-of-state companies by overtaxing businesses for which New York-derived data play a more modest role in overall net revenues.

Such a tax structure, moreover, has little theoretical justification. European digital services taxes, for all their flaws, exist to address a problem: the value-added tax structure that predominates in European taxation makes it difficult, without modification, for the activity of technology firms to be taxed anywhere. That problem does not exist in the United States, where these companies’ profits are already apportioned to states and taxed. There’s no loophole to patch. Instead, taxes on data or digital services simply represent another layer of tax, this one imposed on a business input.

If there’s anything approaching a consensus in the realm of taxation, it is that taxes should not fall on intermediate transactions. You can tax business profits. You can tax final sales. But you don’t tax the business-to-business transactions, because this results in taxing the intermediate level of something that will be taxed again later, resulting in tax pyramiding. Taxing data is the epitome of such a tax, since the profits businesses generate from using this data are already subject to tax.

The real justification for this tax, then, is not that anything is currently going untaxed, but that the tech industry is still moving—at a time when too many businesses aren’t—and therefore seems ripe for taxation. But a tax on consumer data extends far beyond the tech industry, and ultimately increases costs for most businesses (directly and indirectly), imposing a double tax that is both legally dubious and a nightmare to administer.