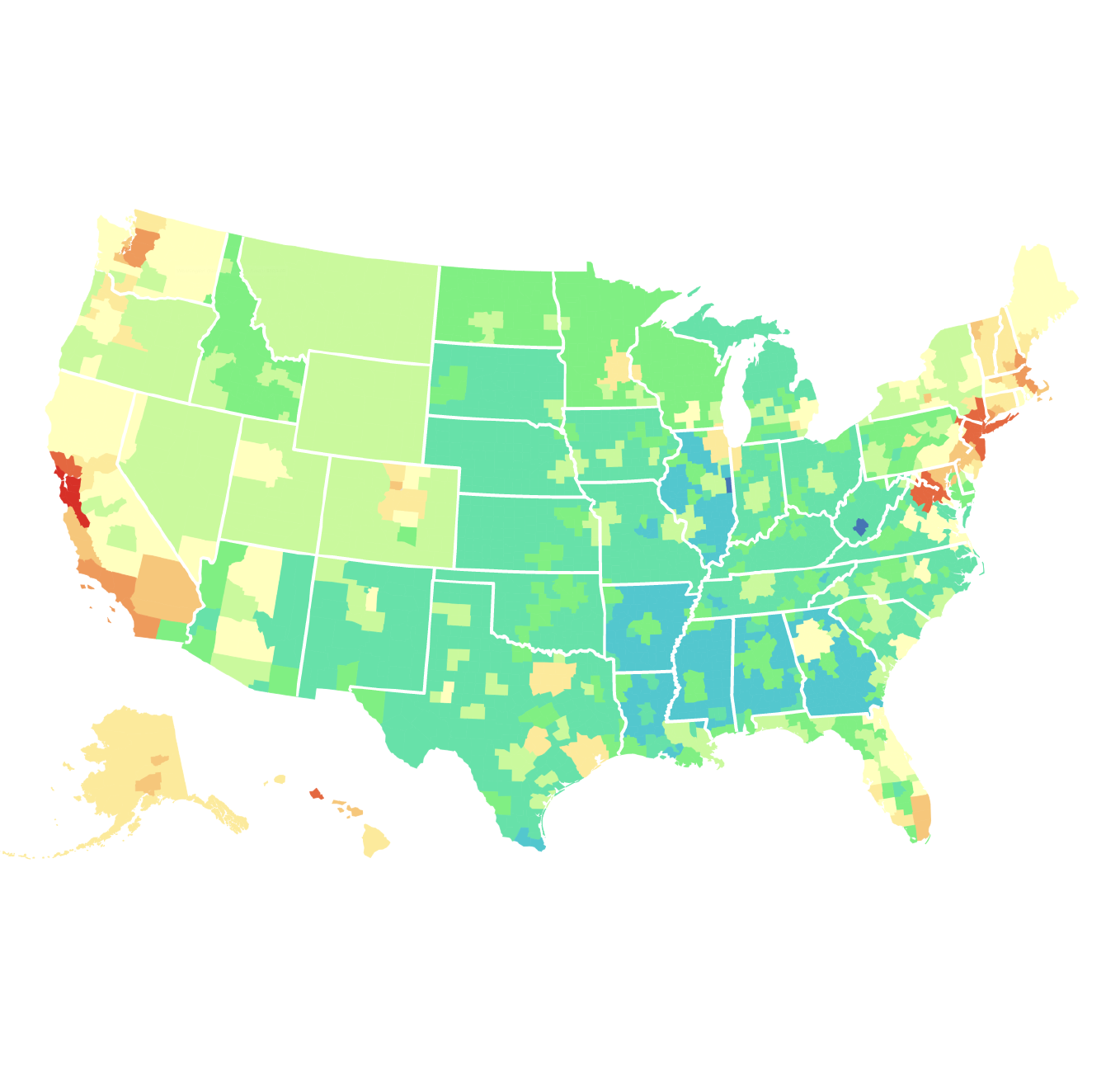 In May, the Bureau of Economic Analysis (BEA) released its annual data showing the differences in purchasing power across American metropolitan and non-metropolitan areas in 2018. This data compares how much $100 can buy in different regions and metropolitan areas across the country, which can have a significant effect on the relative impact of different economic and tax policies.

There are large differences in price level by region. For example, $100 tends to buy the least in large cities in the Northeast, California, and the Pacific Northwest. On the other hand, $100 goes the furthest in rural areas in the Southeast and Midwest.

Price levels tend to be lower in nonmetropolitan areas, even in states with higher-than-average prices overall. For example, $100 in California tends to buy $86.66 worth of goods on average. However, this varies within California: in the Los Angeles area, $100 can purchase about $85.40 worth of goods and services, while rural Californians can purchase $103.20 worth.

Table 1 shows the 15 most expensive metropolitan areas in the United States, where the real value of $100 is the lowest. The San Francisco Bay Area was the most expensive metropolitan region in 2018, where $100 would buy goods and services that would cost just $75.99 in a metropolitan area at the national average price level. Put another way, residents of the San Francisco-Oakland-Hayward area had, at least in terms of purchasing power, about a 25 percent lower standard of living than their nominal incomes alone may suggest.

Differences in price levels between metropolitan areas have large implications for economic policy, as many policies, such as minimum wage levels, tax brackets, and means-tested public benefit income thresholds, are denominated in nominal dollars. Because each metropolitan area and state has a different price level, these amounts are not equivalent in purchasing power. This is an important consideration when policymakers consider changes to taxes and spending. 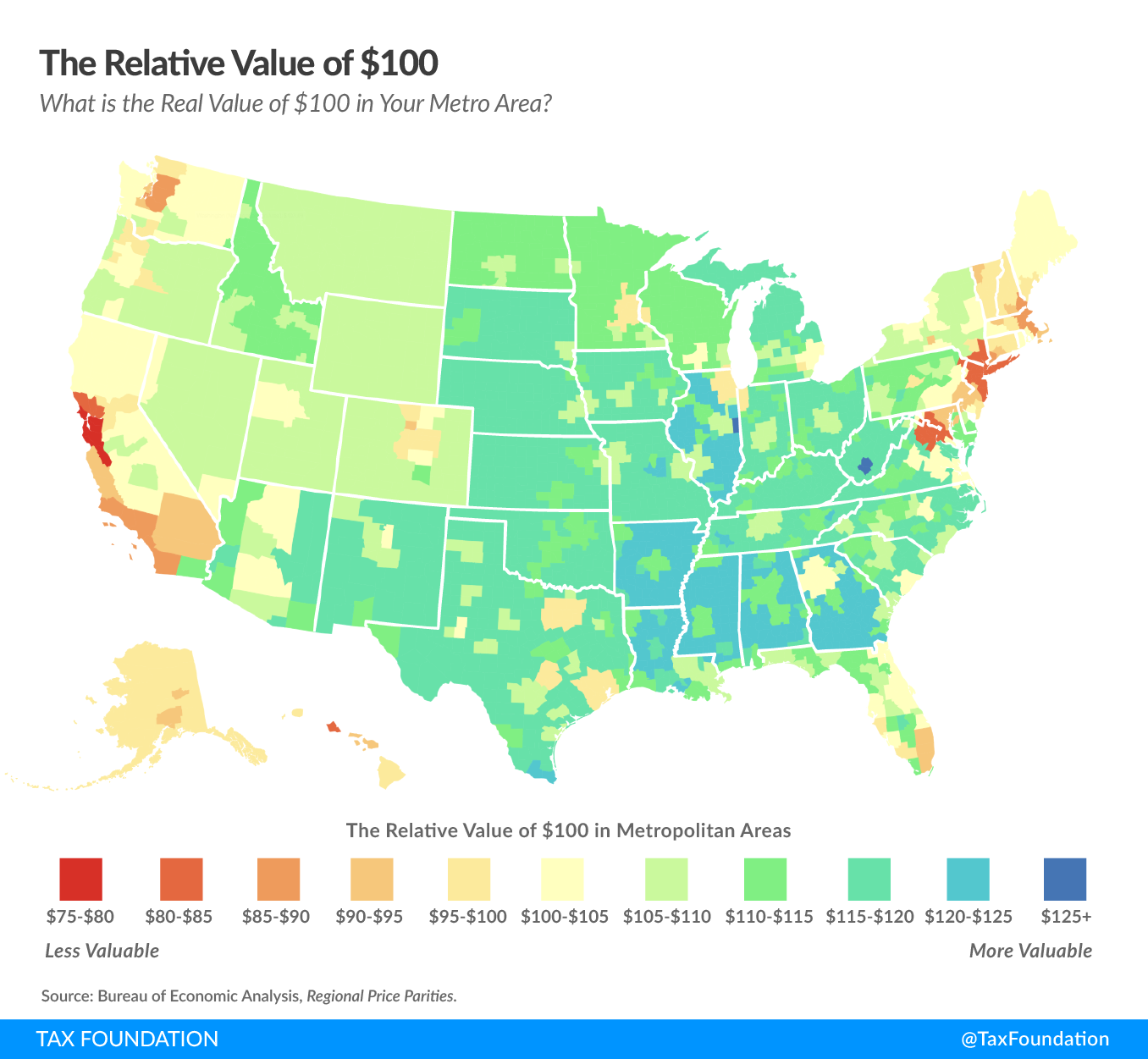