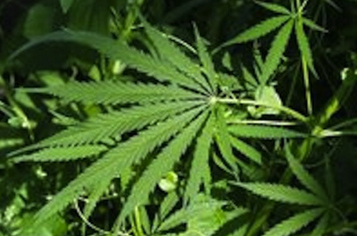 The Internal Revenue Service has added a page to its website aimed at the marijuana industry to inform cannabis business owners about their tax compliance responsibilities.

More states in recent years have been allowing marijuana for medical and in some places recreational use. While 33 states currently allow medical use, 11 states permit recreational use as well, according toCNN. In addition, five states have marijuana legalization on the ballot in the November election.

However, as far as the federal government is concerned, marijuana is still classified as a controlled substance, and banks can face penalties for dealing with cannabis businesses, making it difficult for business owners to pay their taxes and do other transactions, including paying their taxes. The Democratic-controlled House has scheduled a vote for later this month on legislation to legalize marijuana, but even if it’s passed there, it’s unlikely to pass in the Republican-controlled Senate.

The IRS marijuana industry web page notes that many marijuana-industry businesses conduct transactions in cash, which need to be reported, like any other form of payment. It provides information about cash payment options for unbanked taxpayers. Other information is available about estimated payments and the importance of good recordkeeping, along with links to other relevant pages on IRS.gov.

“The IRS understands this is a new and growing industry and provided frequently asked questions about record keeping, cash payment options, large cash amounts, and other related topics to help promote voluntary compliance in the industry,” said the IRS. “In addition to this page, the IRS also offers a wealth of general small business guidance and resources on IRS.gov.”

Op-ed: Markets are up and the economy is down. Here are some moves investors can make
Learn the Accounting Skills That Can Help Your Business Thrive
Trump vs Biden: How the election outcome may influence your stock investments
New European Commission Report: VAT Gap
Does Your State Have an Individual Alternative Minimum Tax (AMT)?