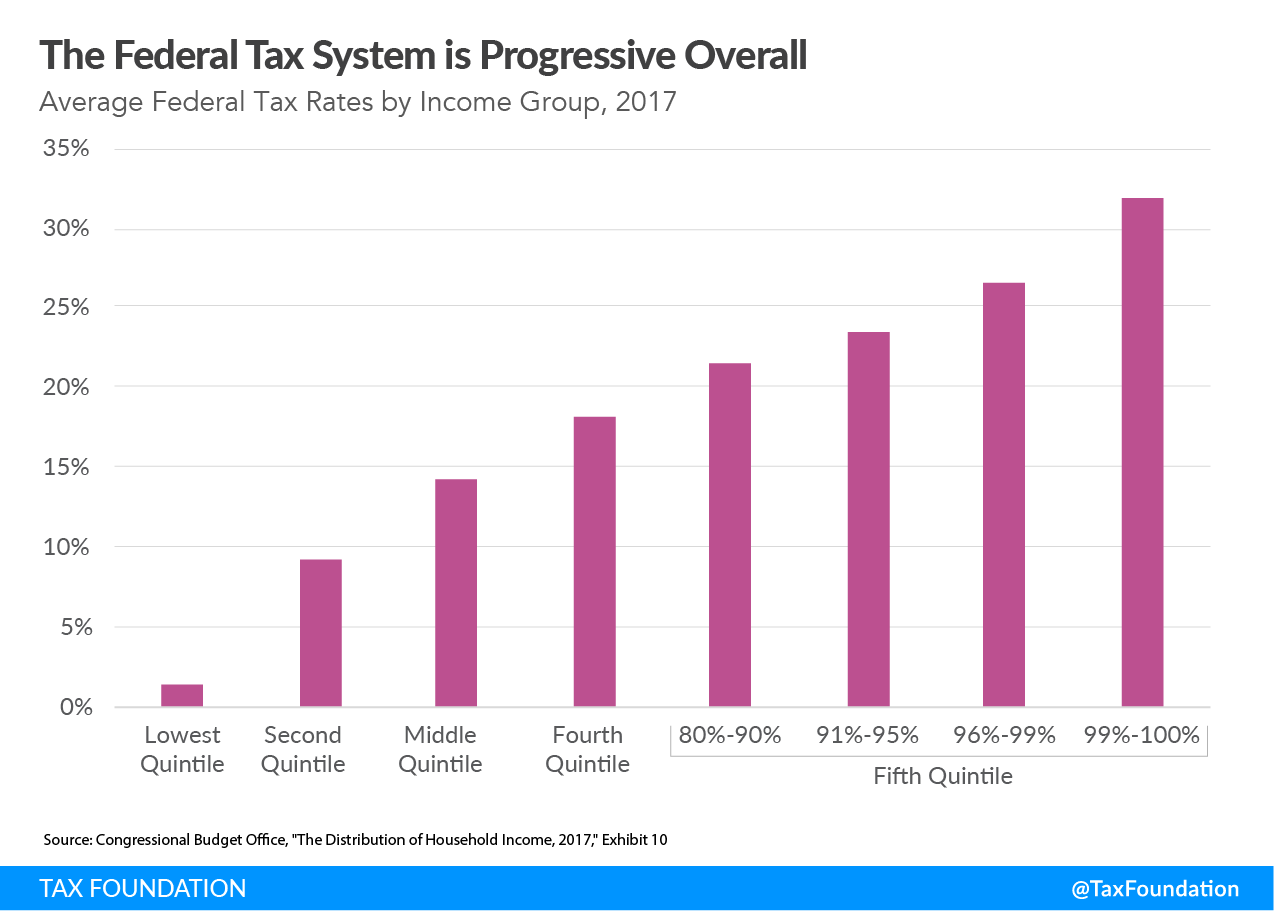 Last week, the Congressional Budget Office (CBO) published an updated analysis of the distribution of American households’ income and tax burdens for 2017. The new CBO data reinforces existing trends in household income and tax burdens, showing that the federal tax system is progressive and incomes continued to rise in 2017 as part of the broader economic expansion post-Great Recession.

While this is data from before enactment of the Tax Cuts and Jobs Act (TCJA), it can still inform us about the nature of American household income and tax burdens across the distribution.

Income growth after taxes and transfers continued upward in 2017 when compared to the three previous years. Since 1979, average incomes in the lowest quintile increased by 86 percent, while average incomes for the middle three quintiles grew by about 50 percent over that time. The highest quintile’s income after taxes and transfers rose by 111 percent since 1979. The CBO data shows that labor income is the major income sources for most taxpayers, while business and investment income is a more important income source for higher earners. 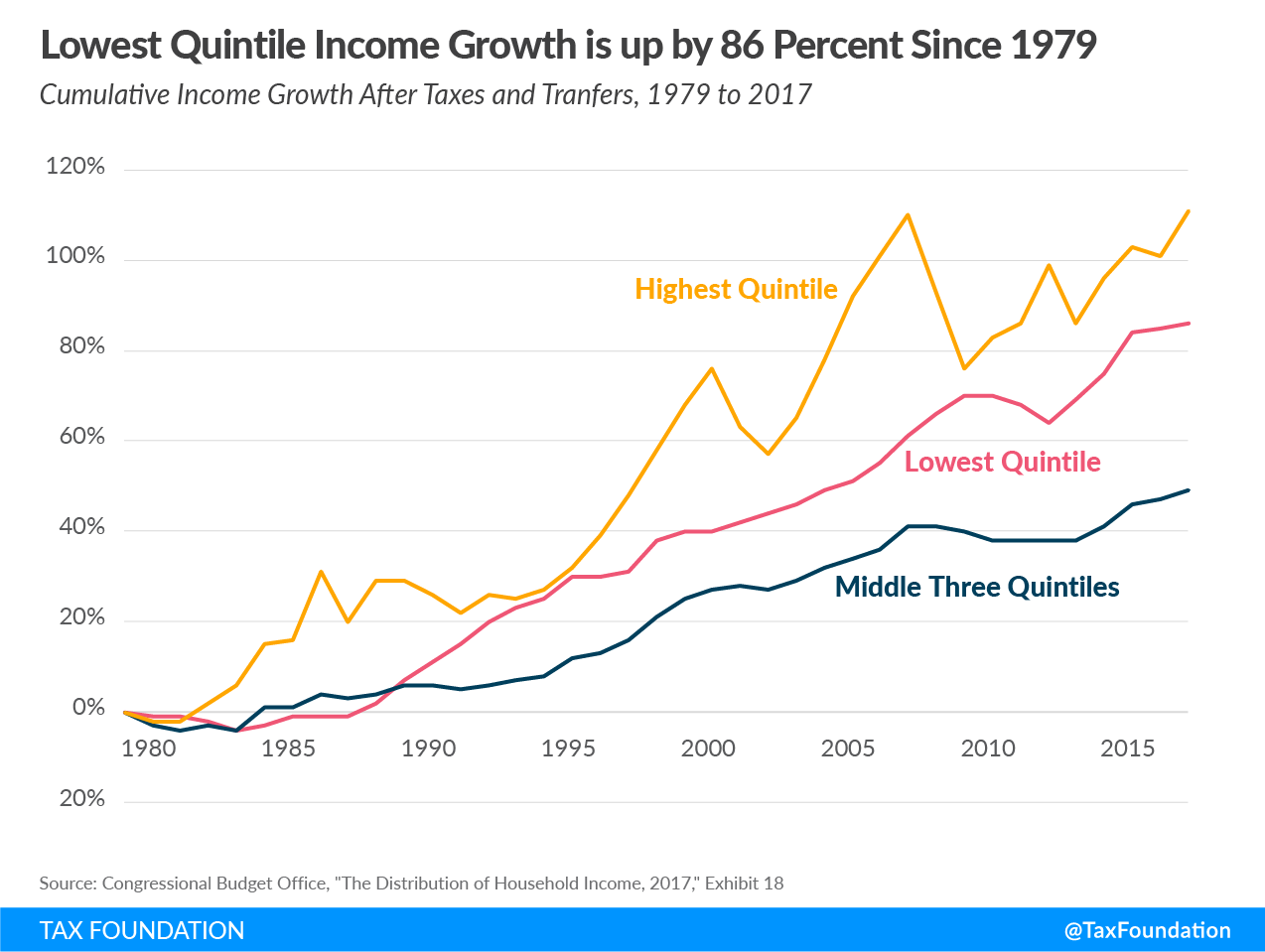 Average federal tax rates vary by revenue source. For example, individual income taxes are highly progressive, providing a negative effective tax rate for those in the bottom 20 percent due to refundable tax credits such as the Earned Income Tax Credit (EITC) and the Child Tax Credit (CTC). These credits provide refunds to filers who do not have tax liability to offset, creating a negative effective income tax rate. In fact, the lowest quintile’s average federal tax rate was -10.9 percent in 2017. In contrast, those in the top 20 percent paid an effective 16.6 percent income tax rate.

Corporate income taxes are borne across the income distribution, but effective rates are slightly higher for higher earners, who tend to own more corporate equities than those who earn less. 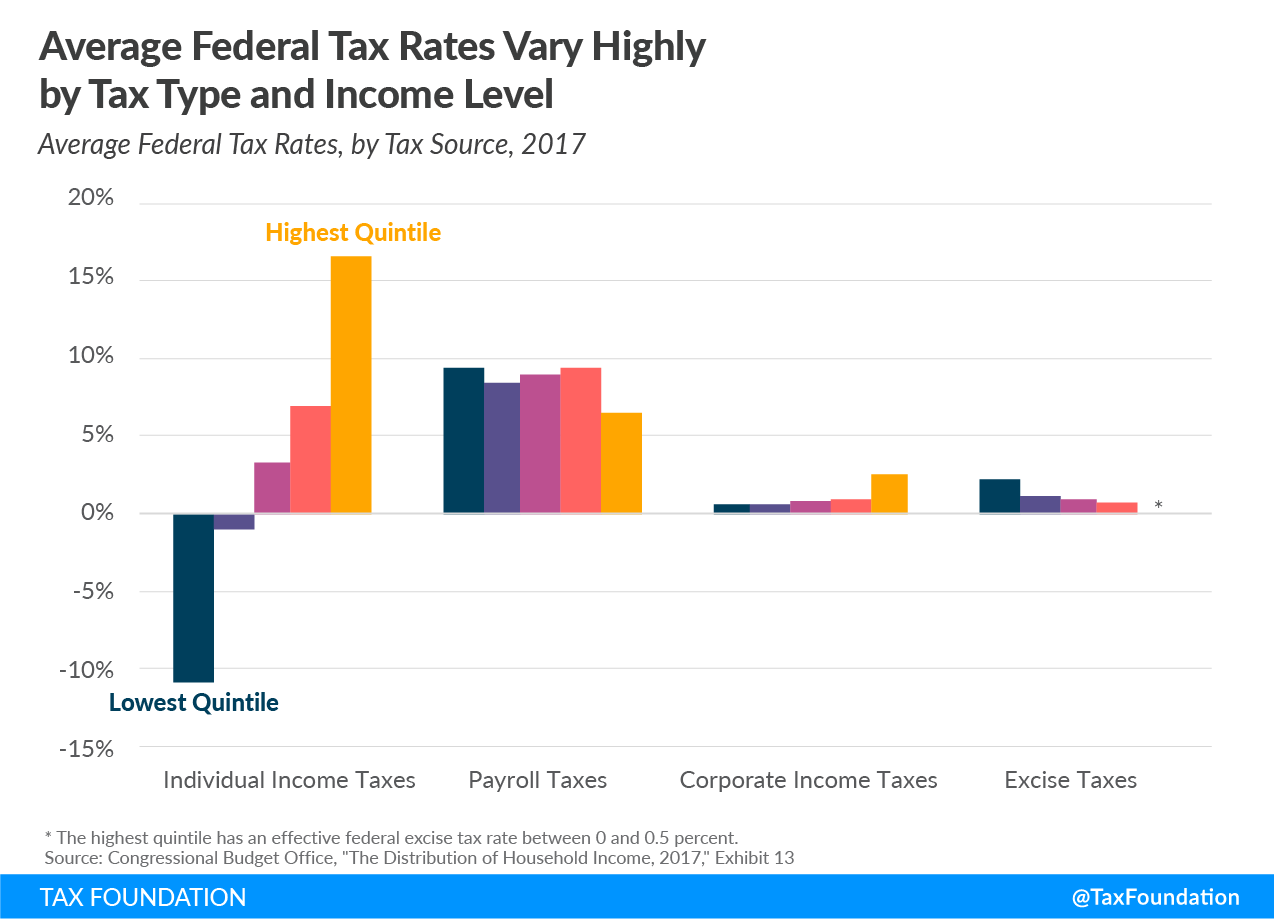 Reflecting the increasing progressivity of the federal tax code, the share of federal taxes paid by high earners has increased in recent decades. The top one percent paid 25.3 percent of all federal taxes in 2017, up from an average of 14.3 percent in the 1980s. 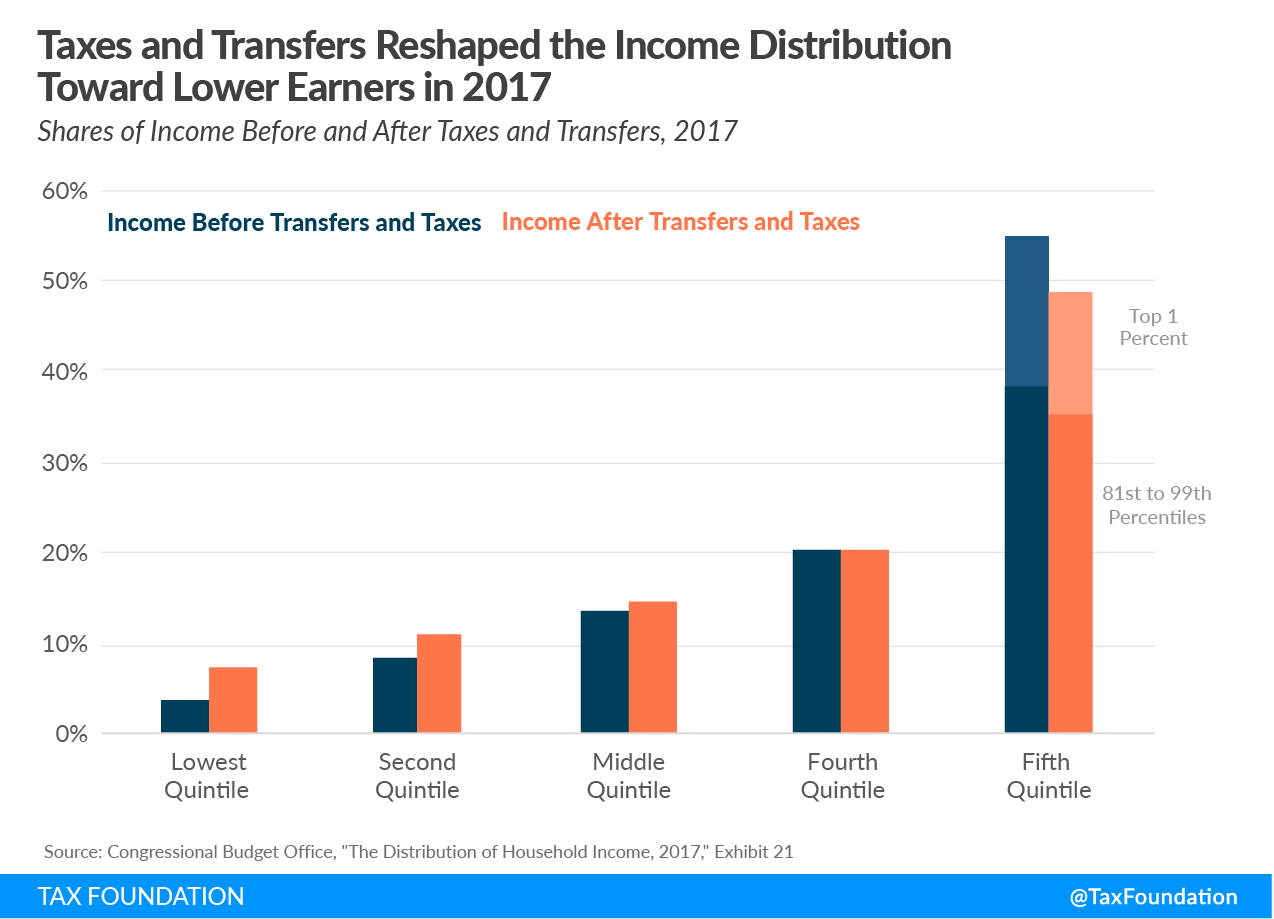 This data shows how the federal tax system and other means-tested transfers change the distribution of household income. Contrary to the perceptions of some, the data indicate that (1) income earned after taxes and transfers has increased over the past several decades for all income groups; (2) the federal tax system is increasingly progressive; and (3) that system relies heavily on higher earners to raise revenue for government services and means-tested transfers. These facts should be kept in mind when considering policy proposals that would increase tax burdens or reshape the distribution of existing taxation.

Student loan forgiveness may come with a tax bomb. How lawmakers might fix it
In the blogs: Blunt truths
14 million workers face losing unemployment benefits at the end December
Medicare beneficiaries can pick from more than 30 Advantage Plans. How to get it right
Can Joe Biden forgive student debt without Congress? Here’s what the experts say