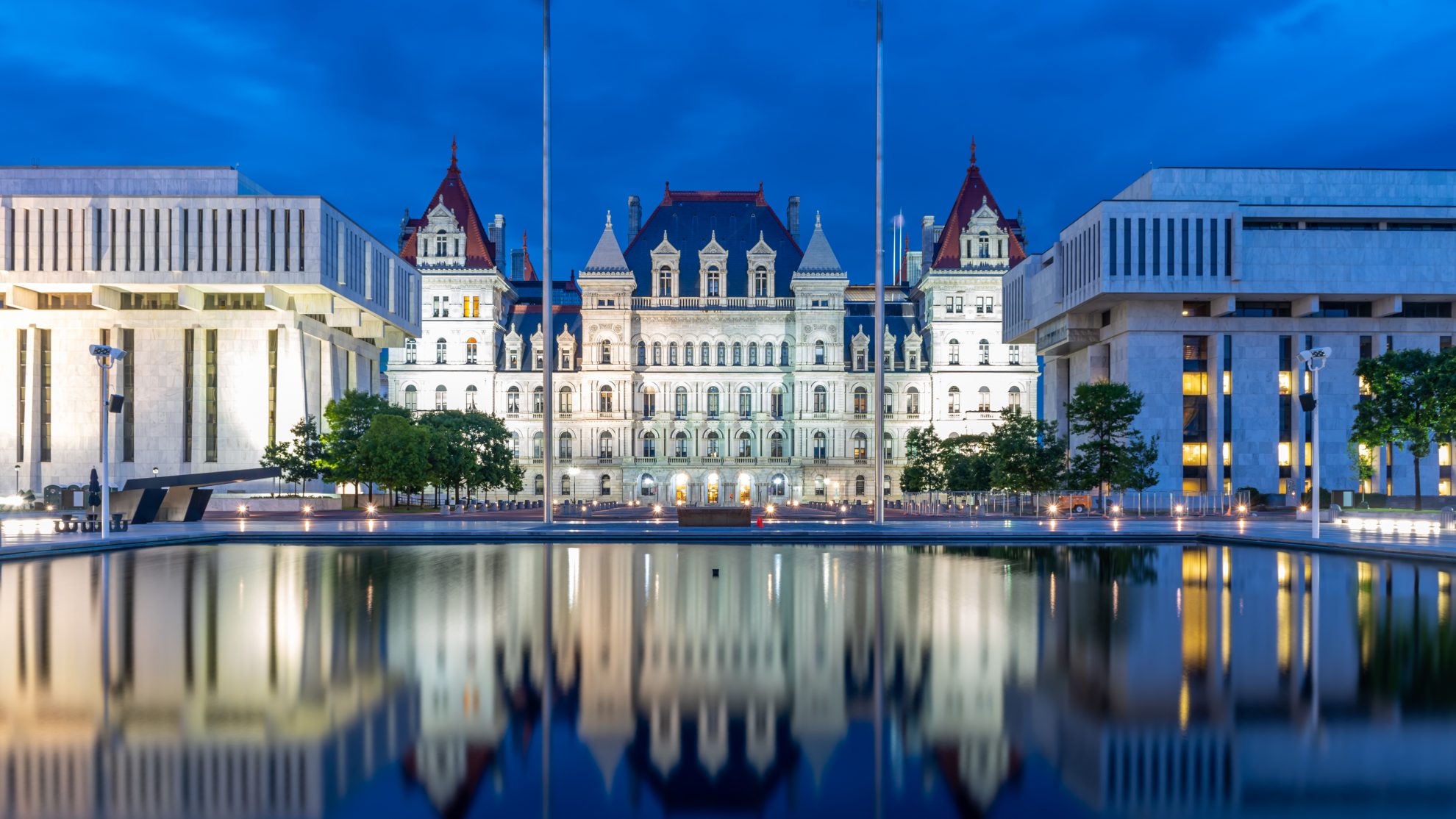 Excise taxes on tobacco products are legitimate because these products cause negative externalities. For instance, some health-care costs of smoking are covered by government, i.e., secondhand smoke affects nonsmokers. Levying an excise tax allows a state to recover the costs related to these externalities—thereby internalizing them.

However, while these taxes can be legitimate, they should be carefully designed. Unfortunately, A11123 contains numerous design flaws.

The measure taxes vapor products and tobacco products based on price (ad valorem). This design results in inequitable treatment because products with similar qualities and in similar quantities should have equal tax liability regardless of design or price. Ad valorem taxes also incentivize downtrading, which is when consumers move from premium products to cheaper alternatives. Downtrading effects do not reduce harm and have no relation to any externality the tax is seeking to capture.

A superior design would be a tax based on volume, as volume is a better proxy for the harm associated with consumption (the negative externality). In addition to capturing the externality, it is the administratively simplest and most straightforward way for governments to tax a good as it does not require valuation and as such does not require expensive tax administration. Ad valorem taxes add unnecessary complexity to the system, which complicates enforcement. For instance, in vertically integrated companies (for example, those that are both manufacturers and wholesalers), taxable value must be computed to estimate tax liability. Making sure these companies’ internal prices (transfer pricing) are close to market value is an expensive and time-consuming effort for tax authorities.

Taxing based on quantity rather than value makes it easier for governments to forecast revenue as it is not affected by changes in consumer brand preference or retail prices. Simple taxes lower compliance costs and make it easier for tax authorities to enforce the tax.

In addition to a non-neutral base, A11123 includes very high rates at 48 percent on vapor products and 129 percent on tobacco products other than cigarettes. While excise taxes on tobacco products are legitimate, it is hard to justify tobacco taxes at punitive rates above 100 percent. Although several states have higher statutory rates on vapor products, most levy these taxes at the wholesale level. New York would be levying a tax at the retail level, which means, even with a lower rate, it would be among the highest effective rates nationwide.

New York already suffers from significant smuggling of untaxed tobacco products—smuggled cigarettes accounted for 53 percent of cigarettes consumed in the state in 2018—and further increasing tobacco taxes is likely to make matters worse. This would offset some of the revenue gains from the increase. Further offsetting gains is New York’s flavor ban on vapor products. 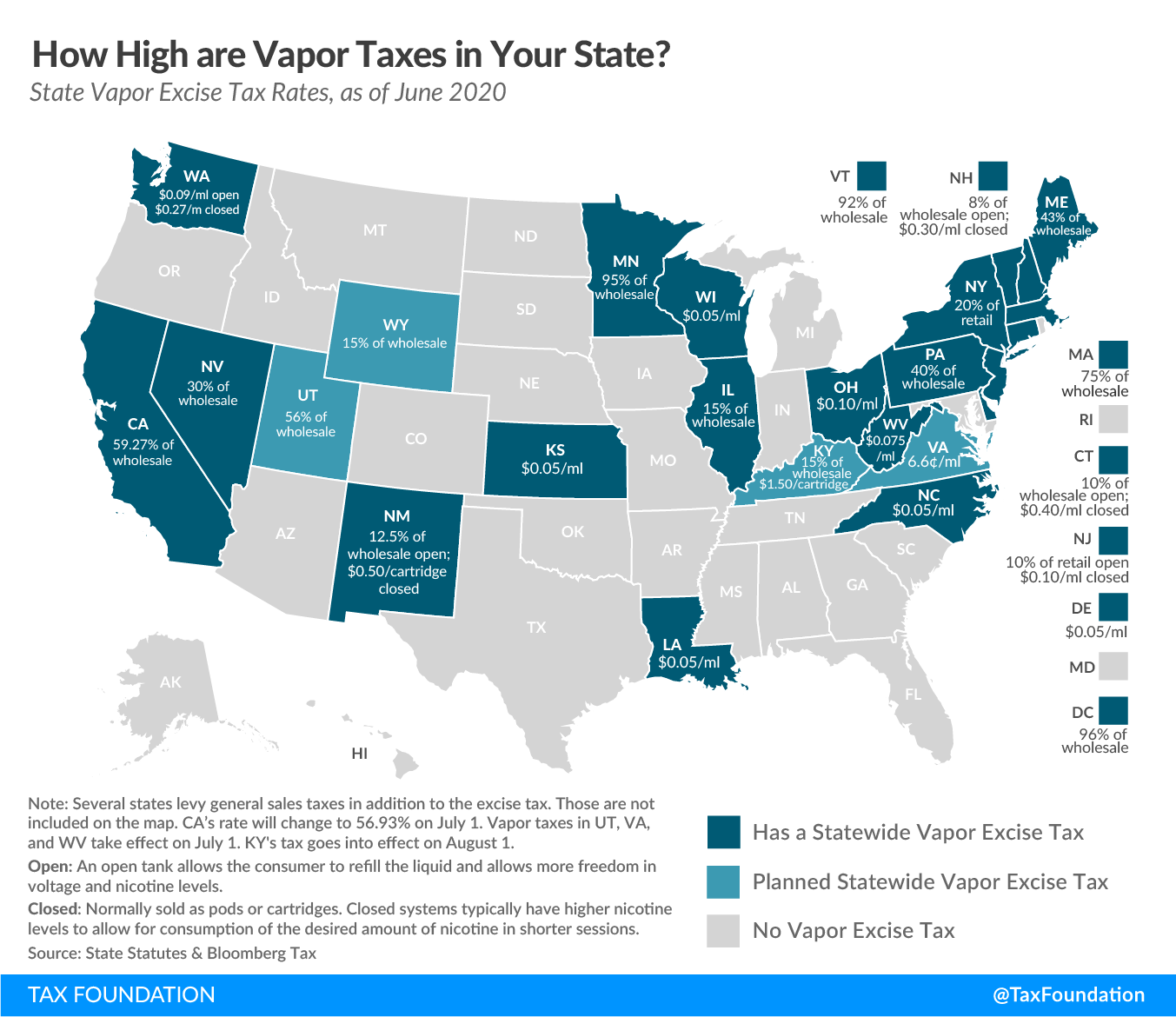 As a final note, the legal market suffers when taxes are too high. Untaxed and unregulated products—which often carry unique dangers—get a significant competitive advantage over higher-priced legal products. This would impact the large number of small business owners operating thousands of vape and tobacco shops in New York as well as convenience stores and gas stations relying heavily on vapers as well as tobacco sales. Policymakers should not lose sight of the law of unintended consequences as they set rates and regulatory regimes for tobacco and vapor products alike.